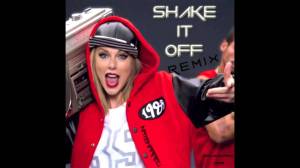 Two weeks ago as I sat on my deck I noticed a weird feeling in the pit of my stomach . It was Sunday morning and one of my favorite things to do when the weather is nice, is to sit outside on my deck. You will usually find me there with a cup of coffee, my laptop or a book and my little fur baby at my feet. Sundays are usually my favorite feel good day. However, last Sunday I woke up to the news of the horrific Pulse Night club shooting in Orlando, FL. I had also just learned about the young voice contestant Christina Grimmie, being gunned down the day before by a deranged fan in the same city.

As a school counselor, it isn’t unusual for me to hear about death and dying on a regular basis. Having a fairly large caseload of students means that there will always be some grief counseling to do. I  consider myself pretty good at helping others through their pain and compartmentalizing my own. Just last month I lost a very close childhood friend, a lifelong family friend, and my teen crush-the musician Prince, all in one week. Before I had a chance to grieve, I was called to do grief counseling for students after a car crash killed and injured several local students.

So again, I am good at compartmentalizing, but this particular Sunday I stayed in a bit of a funk long after I left my favorite spot on the deck. My daughter noticed (she’s good at feeling) but I blew it off when she brought it to my attention, because honestly I didn’t recognize what I was feeling. I guess I wasn’t  sure what exactly was making me  feel so blue. I tend to be pretty upbeat. It took me almost a week to realize I was actually grieving for Orlando. Actually, I was grieving a loss felt around the world.

But, what I also realized was that it wasn’t just the traumatic event itself. It was the constant barrage of posts on FB and not all were about the night club or the Grimmie shooting. The 2 year old snatched by the alligator at the beautiful Grand Floridian resort created a firestorm as well, and people weren’t playing nice. Vile things were being shared and posted to social media. Parent bashing, gay bashing, to bear or not to bear arms bashing, race bashing (black parents in the gorilla debacle vs white parents in the alligator tragedy) and it got me thinking about how what we say matters and what we hear or read matters too.

It is important that we use our words to lift people up not put people down.  We have all heard that in lifting up others you elevate your own life. However, it is even more complex than that. What we hear and what we internalize plays a major role in who we choose to be.

I recently read a good article about resilience and how some people overcome traumatic events more effectively than others. It basically said that people who viewed their event as tragic were less likely to bounce back from it. That got me thinking of my own life and my own trials and tribulations. I was a teen mom. I could have easily given in to the statistics but I refused to buy in to negativity. I remember hearing negative things about what that would mean for my life but I cast off the sticks and stones and was determined not to have that be my fate.

Now, I know that it isn’t always an easy thing to do but I do have some tips to help you reframe when you hear negative things because whether or not you know it, feeling bad and hearing or seeing negativity chips away at you a little bit each day.

Make paradigm shifts-try exercising a change in your thought pattern. When you catch yourself internalizing someone else’s issue, use the popular tongue in cheek saying “Not My Circus not my Monkey”-basically you are saying, it’s them not you and you are not in charge of their issue. For example, when I go out to eat and get bad service, I never think I am being treated unfairly because I am____(fill in the blank). I think the waitress is not having a good day or she isn’t very good at being a waitress and maybe she should look for a different profession. I try not to internalize someone else’s bad behavior and make it about me.

Know that transference is real-Sometimes people say things to you because they have had a previous experience that tells them that something about you is the same as what they have previously experienced with someone else. I distinctly remember (and my friends will tell you I don’t remember much from high school) a principal at a middle school who had never met me, saying something to me that even at 17, really bothered me. My friend and I went to her old middle school. We both recently graduated and he had been her administrator when she previously attended that middle school. The principal asked her about college and she made something up because she hadn’t actually applied yet. Then he looked at me and  didn’t ask me about college instead he said “I hope you do more with your life than become someone’s pretty wife”.  I was the one who had actually applied and was going to attend college but he took one look at me and decided my life goal would be to find someone to take care of me. Again, I knew the issue was his and not mine. It bothered me but it didn’t dissuade me from my real goals.

As a counselor, I hear stories all the time about someone who told them they couldn’t do this or that. Remember that people come to the table with their own stuff. They can serve their transference to you, but you don’t have to eat it.

Speak kindly to others and to yourself-would you tell your six year old that she was fat or a loser or didn’t deserve to be treated well? Most likely not. Stop beating your self up. Every time you want to say something unkind to yourself envision your younger you. When you want to speak ill of someone else keep in mind that you have no idea about the shoes they walk in. Cut yourself and everyone around you a break every now and then.

The more you do these simple things the easier it will be to Shake it Off and Be Happy..

Feel free to let me know what you do to Shake Off the negativity in the comments below.