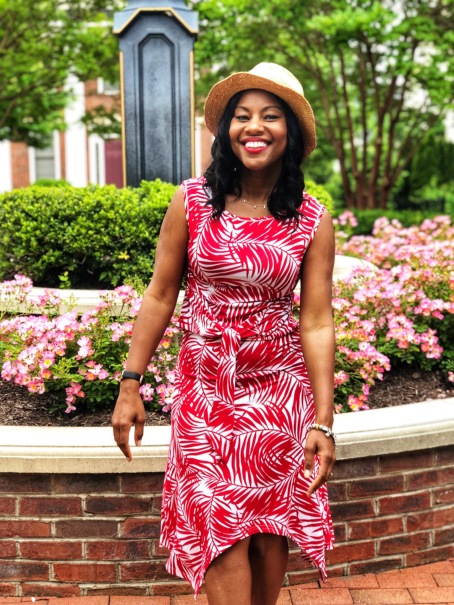 If you are friends with me on any form of social media (Instagram is my favorite btw) you have probably seen me sporting waist-length braids for a little over a year. You might also realize that I finally took them out last weekend. I recently posted the change to Facebook and the response was overwhelming. Friends enthusiastically commented letting me know how much they liked the change but they were probably just too polite to say “About time Tonya…”

Braids are a protective style and they are meant to be worn intermittently to protect hair from styling damage and give your hair a break, but for me, the term protective style took on a new meaning. I first got my braids during the hardest time of my adult life. Yes, that includes my 13-year single mom journey and even that time I got so sick in grad school that they thought I had an autoimmune disorder. Turns out it was probably just stress, but I digress… The toughest time in my adult life was last spring when my dad lost his battle with Pancreatic Cancer.

I had just made the decision to go natural, meaning no more hair relaxers to straighten my naturally coily kinky hair. I felt kind of overwhelmed by that process. I had a great beautician who was helping me with the transformation process, but it was stressful nonetheless. Believe it or not, I hadn’t seen my natural hair since I was 12 and we certainly needed some time to get to know each other again, but when my father became ill, hair appointments were the last thing on my mind. As I rushed to Virginia Beach to see him, I canceled my standing appointment with no idea when I would be able to reschedule. As I sat in ICU for the third day wearing a baseball cap while greeting his visitors, I thought “I have to do something about this”. I called on a family friend and former hairdresser who lived in the same area that my parents did and she and her mother met me at my parent’s house so that we could get the braids done as quickly as possible. I didn’t want to leave my dad’s side for long.

I returned to the hospital a few hours later sporting a new do. “I like your hair,” my aunt said enthusiastically as I walked in, but my dad just looked away. My heart fell just a little, but I already knew he wasn’t fond of braids and was probably exercising his if you do not have anything nice to say rights.  My dad had a very strong personality (just like me) and lots of thoughts about all sorts of things. We loved to debate. His stoic rational take would often go up against my new age bright-sided views. Most often with me convincing him to give into the sunshine just a little. However, this wasn’t up for debate and I am sure he didn’t have the energy. I wasn’t looking for approval or interested in convincing anyone anyway. I knew that I had made the right decision. 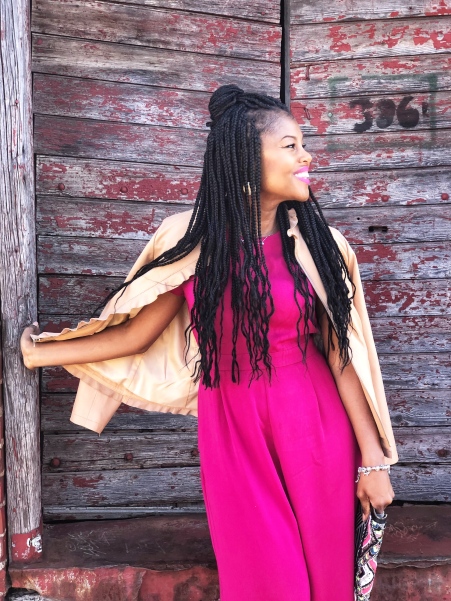 I actually feel my most authentic self in braids. It just takes all of that hair worry away and I am free to just be. Each day I was by my dad’s side, only leaving the hospital for very brief periods of time. I spent the nights sleeping in a chair and chatted with visitors, or read the bible (the only book I had) to him during the day.  We’d spend almost three weeks there before he passed away in that hospital, and while my hair had always been a thing I had to care about, the way you would an unruly child, I could have cared less about those new long interwoven strands hanging from my head. They were like older responsible teens now, doing their own thing. Still attached… but no longer in need of constant care. This meant I really didn’t have to think of me at all. Thankfully my brothers reminded me daily to eat. “Just eat something” they chided each day with worried eyes and I’d force something down to satisfy them, not my hunger, which had apparently taken a sabbatical.

After my dad passed away I still didn’t take out the braids. I would get them redone but always in the exact same style. I couldn’t part with them, they were really my protective style. They had kept me safe from all of those pesky hair thoughts that had plagued my life for decades. They’d given me time to focus… first on my dad and then on my grief.

It sounds silly I know. It’s just hair, right? But so much of our identity is wrapped in the strands of hair that frame our face. It becomes so much of a thing that it often seems to have a life of its own. I didn’t have room to worry about make-believe lives in that time and space- just my dad’s and eventually my own… The braids became self-care for me. They allowed me to focus on healing and I would vow silently to wear them until I felt somewhat whole again, no matter how many people wondered to themselves whether or not I would ever let them go.

So, I am now ready to finally to say goodbye. Not forever, but I do feel whole enough again to start the process of taking care of something so insignificant, yet so all-encompassing. I am still into wearing protective styles but I am symbolically and physically removing the braids for a while. I am ready to start caring a little more for my hair. I still haven’t totally embraced my natural hair state but I am working towards it. 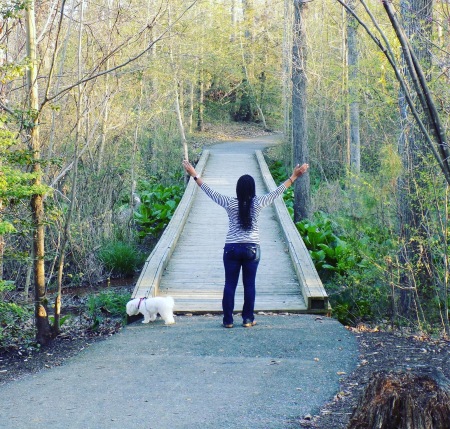 People will show up for you– I spend my life investing in other people-As a mom, wife, daughter, sister, school counselor, empowerment leader for girls, and a blogger/content creator- striving to help women look and feel their best. I am comfortable in the role of being there for others. But I am really not the kind of person who calls someone and says “I need you to be there for me”. However, I do believe you reap what you sow, so when I did call out for assistance, not only did my hairdresser show up, but my friends/co-workers drove 2.5 hours after work to hug my neck for 10 minutes in an ICU waiting room.  My best friend also jumped on a plane and flew from the west coast to the east to be by my side at the funeral. My adult daughters spent their days in an ICU waiting room. The oldest with her newborn, though she knew she shouldn’t have him there, and my husband spent his birthday sleeping in a chair watching over my parents so I could sleep in a real bed even though we had amazing seats to see the new Chris Rock Comedy Show that night.

The list goes on and on because love is so big and so strong and really does overcome adversity. I’ve also learned that where there is love, the true kind that cracks through the darkness with its light, you will always find your way back from the depths of your grief. And when you are ready you can show that transformation to the world in a physical form by simply changing your hair. That is, if you want to…

And that my friends is my true hairstory. 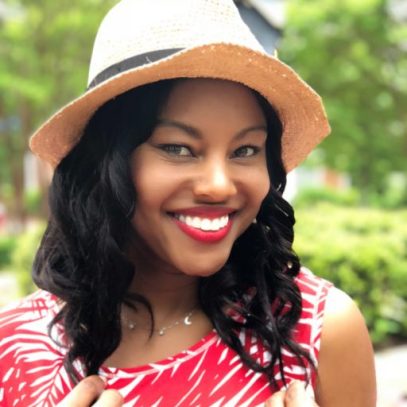 Do you have a hair story? If so I’d love to hear it.

Leave a Reply to The Real Chic Life Cancel reply 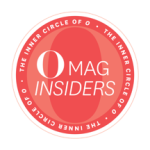 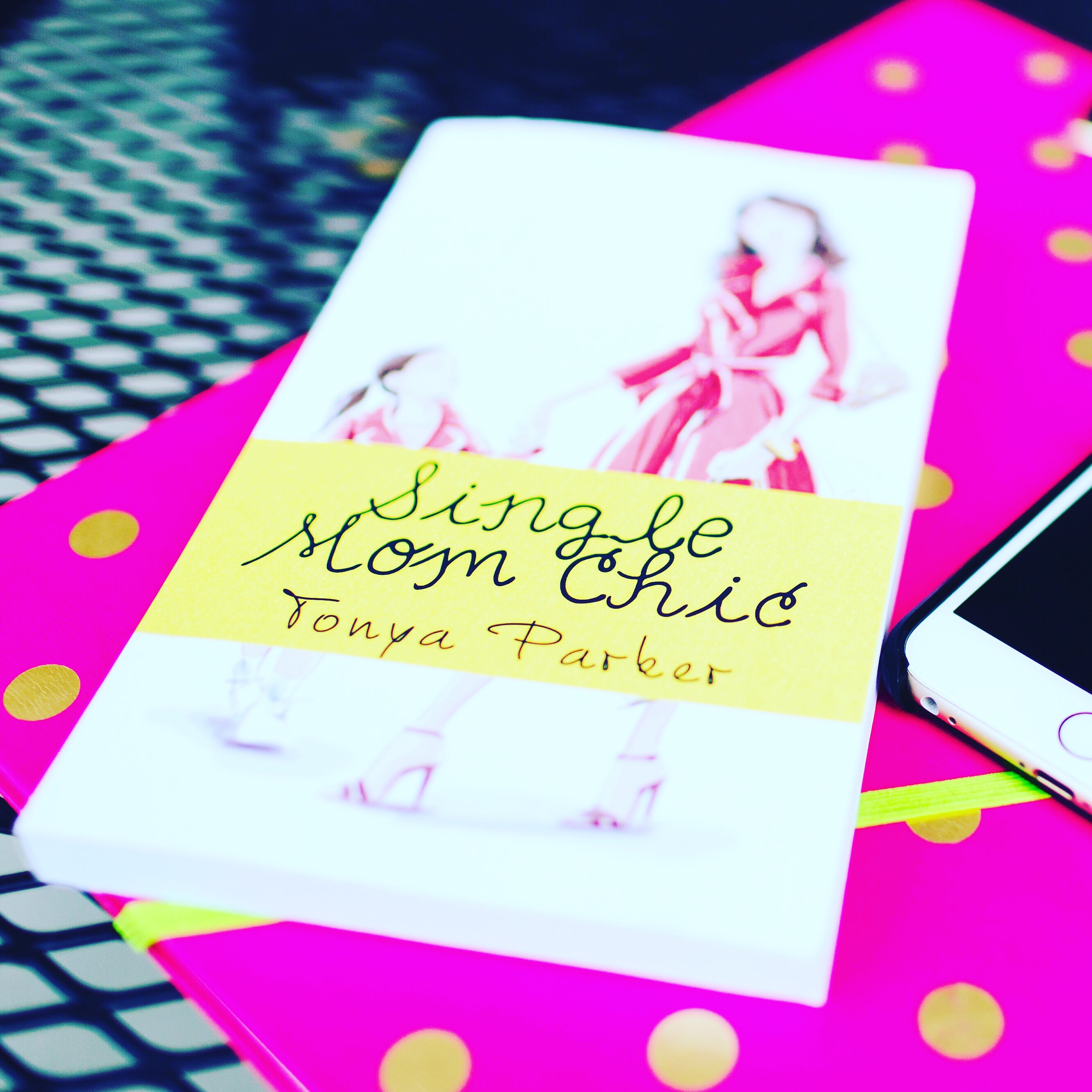